Borchardbriar: We All Lift Together 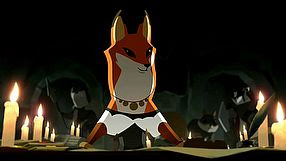 Increasing the Cell's Rank costs a number of Food equal to the next Rank.

Rep is a measure of renown among the oppressed and heat from the oppressor.

Resistance is a bonus to Battle rolls. Certain Hideout Edges allow you to add this bonus to other rolls as well.

The Hideout starts with 1 Defense. You can choose from: deadfall (burst), smoke wires (darkness), lockjaw traps (ensnare), or clay pots with stinging insects (summon minion). The powers are activated with a d8, or the highest Repair skill in the Cell, and 10 Power Points.

Feel free to create your own with GM approval. 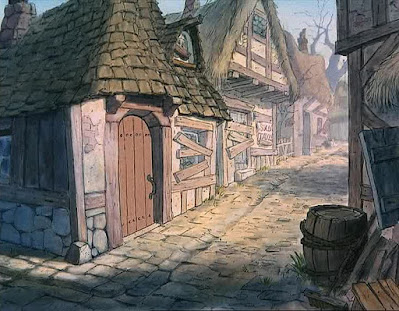 The hideout has an escape tunnel running into a nearby district. The tunnel is tight and can be collapsed to block pursuit. Though this can cause problems for larger members of the Resistance.

Maybe your home isn’t safe since you fell into the Resistance. Or you don’t have a home. Either way the Hideout has bunks for you to sleep in. Add Resistance in opposed rolls to be tracked since you can vary your patterns.

It ain’t much but you can produce the basis for myriad elixirs and potions: snakebite. Of course you could always just drink it. You receive 1 shot of Snakebite per Wild Card at the beginning of each caper or adventure. You can take this Hideout Edge multiple times but instead you add 1 shot of Snakebite each time, to be distributed separately.

Down the canal there’s a skiff or two tied off to a hidden dock. Add Resistance to your first Boating check during a Dramatic Task.

With a bed for long term convalescence, bandages, and a cabinet packed with herbal remedies; you're ready when things go sideways. Add Resistance to your Recovery rolls to bounce back from the Injury Table.

Most Hideouts have one active Defense, but you’ve developed additional lines of Defense. Choose one: an additional Defense, increase the Power Points by 10, or increase the activation die by one step. You can take this Hideout Edge multiple times but you have to pick a different option each time.

Your Hideout’s foundations were laid with stone from the Bad Old Days before Reynard ascended to the throne. You can flintknap pactstone shards for use in small, light weapons like knives and arrows. During the Muster Phase, add +2 to your test to procure such items.

The Meow Street Runners are fracturing and some have abandoned their posts. Now they’re on your side with inside information. You generate an additional caper and draw an additional action card during dramatic tasks. You can choose which card to use.

With wondrous machinery you can now get the word out. When you Muster Forces, add a d4 to the number of Extras you rally to the cause. You can take this Edge multiple times.

Maybe y’all built it yourselves or maybe it was here before you moved in, but in a small alcove there’s a shrine to the 3 Forgotten Seasons. Choose one: Albina the Spring Sow, Chaunteclure the Summer Bantam, or Gilgen the Winter Elk. During the Muster phase, you may choose to pray at the shrine and make a Spirit roll. If you’re successful gain one below power with a reserve of Power Points equal to you roll for the rest of the Caper. Use Persuasion for power activation.

Ritual reagents and sanctified space allow the canny sorcerer to craft Talismans of various sorts and perform rituals held in check until the right moment. Add Resistance to your first power activation or power damage roll per caper.

Piles of books pile up in a hideout corner. Thumbing through them can prove useful. Add Resistance to Research and Academics checks.

Getting a piece of Pactstone to sharpen blades rather than blunt them is no mean feat. All Cell members with the Trademark Weapon Edge now add Resistance to damage rolls

Somewhere off-site you have space to hold contraband and hide people. Reduce the Crackdown by 1 when you steal material, liberate tithes, or kidnap someone.

Equipped with a cornucopia of tools, the cell is now better able to prepare the materials for their mission. Add Resistance to Repair rolls needed to create or maintain the means of mayhem.