A Rival in the Sky Not every operator in the Free Skies is motivated by conscience or political agenda.  Some do it for the thrill while others chase cold, hard cash. Desdemona Fairchild is the latter.  The family fortune squandered by her father's gambling debts, she gives nothing away for free and doesn't play well with others.  This inability to share keeps her from assembling a team, often piggybacking on the operations of larger teams and stealing the loot out form under them.
[Core Concept: One Woman Team, Flaw: Greed is Good]

Often the only sign she's in the area is her custom aeroplane, the Mischief Maker, circling overhead.  The plane's Autonomous Intelligence, Ariel, delights in the challenge presented by overwhelming odds and evading pursuit in the nick of time.  Unfortunately she likes the sound of her own voice, sometimes distracting the pilot.
[The Mischief Maker- A Sopwith Camel with the additional Aspects - Core: One of a Kind, Flaw: Chatty Cathy] Adventure!: The Mischief Maker lands on the Condor, shot up and Ariel is freaking out.  Desdemona had attempted to heist the Ring of the Nibelungen, a heist the players were still planning, but the Black Cross caught her before she could escape.  She is now in the depths of their impenetrable iceberg fortress, being treated to the cruelties of their resident mad scientist, Dr. Grimm.

The larger threat posed by Ms. Fairchild's capture is her extensive knowledge of the Free Skies Asylums and other anarchist flotillas.  Having spurned the thin protections of nationality, they are prime targets for a paramilitary force like the Black Cross.  Without that support network, the Condor would be unable to continue its campaign.

Is this a rescue mission or an assassination?

Next: The Black Cross!

Email ThisBlogThis!Share to TwitterShare to FacebookShare to Pinterest
Labels: Fate, Mystery!, The Condor

Night Gallery will house thumbnails of future projects, let me know which you'd be interested in seeing more of and I'll go into more detail.  Future installments will develop an earlier campaign frame with either a mystery, an NPC, a location, etc.  I'll fold earlier campaign frames such as The Condor, Fall of Camazotz, Wicked West, etc. into this as well. 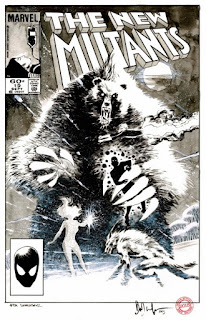 Between - In the Lost Age when Meat comingled with Shadow the Tribe's greatest tool was The Word and Old Night was Young; the Tribe lost her greatest Heroes to the Scourge.  A Beast so terrible is defies description the Tribe nearly scattered when they got word.  Luckily for the Tribe and the Elders a new generation will be undertaking their Rite and claiming their Names.  By taking a Name the Young become the Word and transcend the limits of Meat anchoring Shadow.  The Scourge is coming.  It may be behind the far hill or in the near valley but it will be Here before you know. 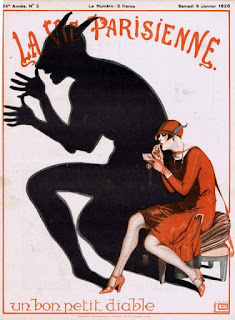 Magnum Opus- The War to End All Wars has torn the heart from European Empire.  The frontiers are choked with tortured steel, scattered limbs, and unheard prayer.  Even the mystical Guardians, seduced by martial glory, lie entombed in earthworks. Smelling opportunity, an entire generation of hungry American mystics flock to  Europe's capital cities, eager to begin their own Great Works and plunder the shattered halls of power.  Ignorant of ancient pacts, they shine new light on aged bones, recover lost knowledge and unleash horrors thought destroyed.

System-  Probably the Cypher System, the {Descriptor}{Class}who{Focus} provides plenty of options while straddling the idea of magic as superpower vs. magic as resource.

Inspiracion- Beware the Creeper, Caravan Palace, Contrast, Dreamhounds of Paris, Neverwhere
Posted by Aaron B at 5:59 PM No comments: